Byron Bay is situated on the North Coast of NSW. The coastal and hinterland areas contain some of the most biodiverse ecosystems in NSW, including several Endangered Ecological Communities.

There are World Heritage sub-tropical rainforests, numerous creek and river systems, extensive coastal swamps and flood planes, as well as kilometres of coastline and dune systems.

Unfortunately, Byron Bay also has many areas of degraded land that are in need of restoration. Such land has been cleared and or overgrazed, and is vulnerable to erosion and weed infestation.

Fortunately the ecological restoration industry has been growing steadily in the Byron Bay region, with many restoration projects occurring on public and private lands.

Local councils and other government agencies, Landcare groups, as well as local property owners are actively restoring land under their control. Byron Bay has become a stronghold for people committed to earth repair, caring for wildlife and keeping the environment clean. 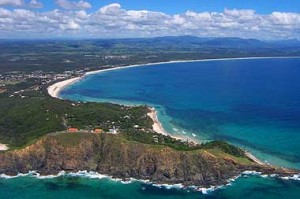 The Benefits of Bush Regeneration